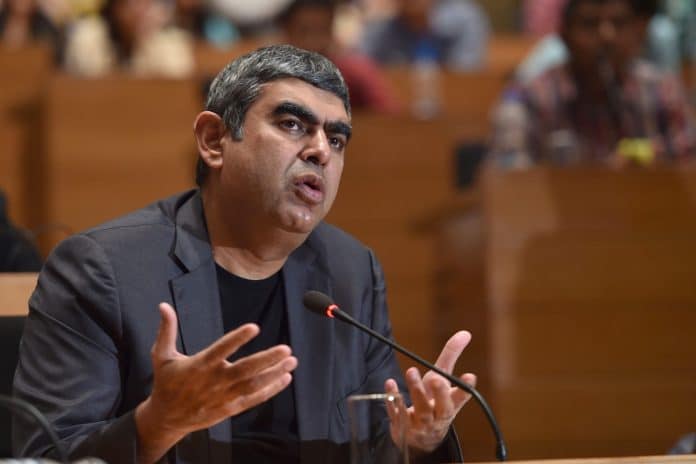 Infosys CEO Vishal Sikka resigned on Friday after being at the helm for a little more than three years, a tenure which had started to show glimpses of revival at India’s second largest software services company but got increasingly messy since last year due to slower revenue growth and a tussle with the founders.

Sikka, the first non-founder CEO of the Bengaluru-based company, took charge in 2014 and he will now be succeeded by chief operating officer Pravin Rao, who will be interim-MD and CEO.

“Dr Sikka reiterated his belief in the great potential of Infosys, but cited among his reasons for leaving a continuous stream of distractions and disruptions over the recent months and quarters, increasingly personal and negative as of late, as preventing management’s ability to accelerate the Company’s transformation,” Infosys said in a filing with the BSE. Shares of the company dropped about 6% and were trading at Rs 960 in morning trade.

The company said the board was distressed by the unfounded personal attacks on the members of our management team that were made in the anonymous letters and have surfaced in recent months. “A series of careful investigations found no merit to the unsubstantiated and anonymous allegations that had been asserted. The board denounces the critics who have amplified and sought to further promote demonstrably false allegations which have harmed employee morale and contributed to the loss of the company’s valued CEO,” it added.