Kennedy Ventures plc (“Kennedy Ventures” or the “Company”) is pleased to provide an update regarding the Company’s acquisition of 75% of African Tantalum (Pty) Limited (“Aftan”), (the “Transaction”).

As previously announced, Aftan had signed a conditional agreement with Magnum Mining and Exploration Limited (“Magnum”) to acquire 60% of the Tantalite Valley Project (“TV Project”) in Namibia, a mine which it is intended will be brought back into production of tantalite, used in the production of tantalum, within six months of completion of the Transaction.

The Company can now confirm thatall conditions associated with the Transaction have now been met and formal completion is expected to occur on 2 February 2015.

Application for admission of the Consideration Shares to trading on AIM (“Admission”) has been made and Admission is expected to occur on 3 February 2015.

Following Admission of the Consideration Shares the total issued share capital of the Company will be 75,621,113 Ordinary Shares, each with voting rights.

The Company does not currently hold any shares in treasury. Accordingly, this figure of 75,621,113 Ordinary Shares may be used by shareholders in the Company as the denominator for the calculations by which they will determine if they are required to notify their interest in, or a change in their interest in, the share capital of the Company under the FSA’s Disclosure and Transparency Rules.

“We are pleased to have completed the first step in our plan to build Kennedy Ventures into a material producer of the highest grade of tantalum, which is used as a capacitor in almost every modern electronic device. Importantly, our mine will be certified, allowing electronics companies around the world to comply with the US conflict mineral regulations.  As a result of these regulations, the price of tantalite has been very robust over the last five years.

“We plan to quickly bring the mine into production, generate cash and then grow Kennedy Ventures into a material producer of tantalum.” 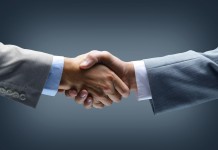