There are various methods of Alternative Dispute Resolution (ADR) that provide a more “legal” outcome than more ‘facilitative’  methods such as  mediation. And yet, at the same time, they are less time-consuming and expensive than arbitration and litigation, says Dr Donald Charrett, Barrister, Australian Arbitrator and Mediator. He goes on to explain them here:

There are at least three “evaluative” ADR methods used in construction and commercial disputes in Australia today: adjudication, expert determination, and dispute boards. Each of these, says Dr Charrett, provide the parties involved with a determination of their rights based on both the contract and the law – thanks to an independent and impartial legally/technically qualified third party. Dispute boards also help avoid future disputes, he insists.

Here’s his brief summary of the three evaluative methods:

“a method of dispute resolution in which an independent adjudicator resolves the dispute by providing a provisionally binding determination of the parties’ contractual rights following an impartial assessment of the parties’ submissions and other evidence“.[1]

Advantages include a short timeframe and limited costs. The parties involved may also have some control over the process. A provisionally binding resolution of a dispute, even if ultimately disputed, enables the parties to deal with issues quickly while details remain fresh.

Disadvantages include limited time and restricted scope. Because of this it may prove insufficient for a complex legal and factual dispute with a lot of evidence and documents to plough through.

“a method of dispute resolution in which an independent impartial Expert is engaged by the disputing parties to determine those disputed questions of fact and/or law in the reference defined by the parties”.

The last option provides the parties with a “reality check” and may help them negotiate to resolve their dispute.

A binding determination resolves the disputed issues by the independent third-party neutral’s decision, based on the facts and the law. The expert can rely on her/his personal expertise.

The time and cost of an expert determination is usually substantially less than for arbitration or litigation.

The major disadvantage is that it may not conclude the dispute between the parties. Also, there may be no way to appeal a wrong decision (the expert’s decision might not be based on all the evidence).

“a panel of one or three suitably qualified and experienced independent persons appointed under the contract to be available to confer with the parties to assist in the avoidance of disputes or if necessary to provide a determination on a dispute referred to it“.[3]

A Dispute Board (DB) is typically appointed at the start of a contract, so that members become familiar with the contract and the project. It meets regularly with the parties to facilitate resolution of issues before they become formal disputes. The Board can do this quickly and inexpensively because it is already “up to speed” with the issues involved.

A Dispute Resolution Board (DRB) provides a non-binding decision on a dispute, but both parties need to agree to it. A Dispute Adjudication Board (DAB) provides a provisionally binding decision on a dispute referred to it; if either party issues a notice of dissatisfaction, the decision is binding unless/until it is later overturned by agreement, arbitration or litigation. This is the DB model adopted by the Fédération International des Ingénieurs-Conseils (FIDIC) in construction contracts.

In their dispute resolution role, DBs have features in common with adjudication and expert determination, and the respective advantages and disadvantages discussed above also apply to them.

The major disadvantage with DBs is the expense. However, when considered as “insurance” against disputes this can prove extremely cost-effective.

How a dispute board assists parties avoid disputes

The experience of DBs in making decisions on formal disputes is that they work so well there are very few actual disputes to consider.

Dr Charrett believes this is mainly due to regular communication between the parties and the DBs.  He also insists that both senior executives of the contracting parties as well as project personnel should attend DB meetings. The latter should involve informal free exchange and discussion to keep senior management better informed.

The features of evaluative methods of ADR

With the exception of statutory adjudication, each of the three evaluative methods involves one or more independent and impartial third party “neutrals” to make a decision based on the facts, the contract and the law.

Every dispute is different, and it is arguable that the “best” method of dispute resolution for a specific dispute should be selected as appropriate to the features of that dispute, after it has arisen.[4] However, it is far more common for the parties to agree to a form of ADR in the event of a dispute at the time of the original contract.

Advantages of evaluative methods of ADR over litigation or arbitration

It’s possible to sum up the advantages of evaluative methods of ADR over litigation and arbitration in two words – speed and cost.

Being able to achieve a speedy resolution to a dispute saves the working relationship between the parties involved. It also cuts down on cost since the more formal the procedure, the more time (and therefore money) involved.

Most forms of ADR provide the neutral with the power to determine in detail the procedures to be used, for example:

“The Expert shall adopt procedures suitable to the circumstances of the particular case, avoiding unnecessary delay and expense, so as to provide an expeditious cost-effective and fair means of determining the Dispute.”[5]

This power enables the neutral to consider such things as lay evidence, expert reports, the form of legal submissions, whether the dispute can be decided on the documents alone or if a hearing is necessary. This flexibility to tailor the procedures to the needs of the specific dispute is in contrast to the formal procedures of litigation and (to a lesser extent) arbitration, both of which are subject to legislation constraints.

The neutral’s key role in determining the procedures to be used show just how essential it is to get the right individual in the first place.

ego – the driving seat of innovation 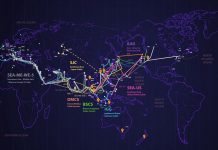 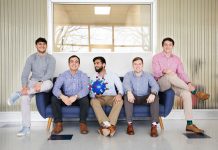 A Greener Future For Farmers