Ovum’s Global Services Deals Analysis 1H13: Two Megadeals shows that the telco-led sector was dominated by two megadeals (one each for AT&T and BT) in the first half of 2013. They were the first deals worth more than $1bn for over two years, but these two contracts alone do not mean that the old order has been restored. Global challengers are taking an increasing share of the core contracts business in enterprise managed services, and they are being reinforced from the ranks of the super-regional carriers.

Two contract renewals dominated our global services deals review for 1H13. Ovum believes that Shell’s renewal with AT&T and Credit Suisse’s renewal with BT Global Services both qualify as $1bn-plus megadeals. We have estimated the Shell deal, for network services including Ethernet, IP VPN, managed mobility, and unified communications, at a total contract value (TCV) of $1,500m, and the Credit Suisse deal, the original version of which included public mobile, Internet access, and exchange connectivity, at $1,160m. These are classic global communications outsourcing deals of the kind we have not seen for two years.

The Credit Suisse megadeal elevated BT to first place in the overall rankings, which are based on total TCV for the 964 contracts worth at least $1m that we recorded for the period. AT&T was close behind. The megadeals helped to increase overall demand for major global services deals (including renewals, extensions, and new business) by 45% between 1H12 and 1H13.

However, third-placed Verizon was making most of the running in global services in 1H13. If we exclude the megadeals, Verizon Enterprise Solutions (incorporating cloud hosting provider Terremark) would have the largest share of TCV: 18.9%. This compares to 17.2% for BT and 13.4% for AT&T.

The changing shape of the business

The Credit Suisse and Shell megadeals are renewals, and although other long-term deals may also lead to major renewals, there are as yet no signs of new $1bn deals for telcos that would ignite the market. Even without the megadeals, the major deals market would still have grown by a healthy 22%, which is consistent with what operators such as Telefonica and T-Systems have been telling us about their own order entry in 2013. The growth was stronger in 2013 than in 2012, when (according to Ovum’s estimate) overall business increased by 9%, based on a comparison of more than 2,000 deals agreed in both 2012 and 2011.

There is growth across the market, and other service providers are driving it as much as the tier-1 telcos. One reason for this is the high demand for cloud services, which plays to the strengths of carriers with wholesale origins that have established global data network operations, especially out of Asia-Pacific and South and Central America. The shape of the deals has changed significantly in the past two years – especially in the last year, when hosting and integration services’ share of total TCVs increased from 12% to 19%, and applications and IT’s share increased from 10% to 19%. Hosting and data center integration accounted for 63% of NTT Communications’ deals value in 1H13, and 44% of Tata Communications’ deals value. Managed networks and bandwidth and connectivity increasingly account for a smaller share of TCV, although managed networks still account for 44% of the enterprise requirement.

T-Systems, which has more than 40 data centers worldwide, was the first of the challengers to break into the top tier, and Level 3 (22 data centers), Tata Communications (21), and Telstra (9) are threatening to push operators such as Vodafone Global Enterprise (formerly Cable & Wireless Worldwide) out of the second tier (global challengers) and into the third (super-regionals.) Tata’s latest, more complex, deals for co-location and data networking with companies such as Mott Macdonald have increased its average TCV closer to the top-tier average, and have made it a new candidate among the global challengers.

Vodafone, meanwhile, has lowered its profile, in the US market in particular. It has fallen behind the rest of the sector in global hosting infrastructure – it is only just readying its first data center outside the UK. The operator says that its Project Spring investment program will bring Vodafone Global Enterprise back to the front of the pack in 2014, but it has some catching up to do.

In a sense, the character of the global services sector is changing, too. When AT&T gave up its support contract with Formula 1, it may have wondered what it had gained from the deal. AT&T was already a global brand and did not have to prove its credentials or credibility as a technology supplier. However, its successor Tata stands to gain significant new presence through its role in the 2014 Formula 1 season. It will be provisioning MPLS into local networks for the whole racing circuit, in new, difficult locations such as Russia, as well as remotely hosting race-time data services with class of service for teams such as Mercedes-AMG.

Vodafone brought its sponsorship of McLaren to an end this year, so it will at least be free to concentrate on the new competition in global services, especially in its own backyard. European and US operators will find Asia-Pacific challengers getting closer to their customers everywhere. In November 2013 NTT Communications acquired hybrid services provider Virtela in the US, and in December 2013 its sister company Dimension Data moved to acquire the European integrator NextiraOne. 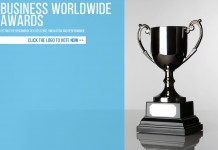 Demystifying The Cloud – How Small Businesses Can Leverage Cloud Computing